The benefits of immigration

SPOILER ALERT! This story has a happy ending!

Back in April 2010 I ran the London marathon, setting an impressive PB of 3:30:09. Annoyingly, since then I’ve not been able to get anywhere close. More annoyingly, thanks to volcanic ash clouds (long story!) it was also run in someone else’s name. In Hamburg 2016 I changed this! WHOOP!

For a long time I’d been wanting to go to Hamburg, but hadn’t quite got there, so I was very happy to find a spring marathon that would take me on a sightseeing route (all 42.195 km of it, and yes a bus tour would have been easier) through the city.

Starting just under Hamburg’s own TV Tower at the Messe, the undulating course went along the famous Reeperbahn before turning back towards the city, running past the river, up around the Außenalster lake before heading back round to the finish.

It was to be the first marathon since September 2014, but after a good winter’s training I knew I was in pretty good shape. Could I get close to that elusive PB?

Conditions on the day couldn’t have been more perfect for running – it was dry and sunny but not too warm. Arriving at the start early, I met up with some fellow Nike runners from Berlin, and after dropping our bags off, made our way to the start. 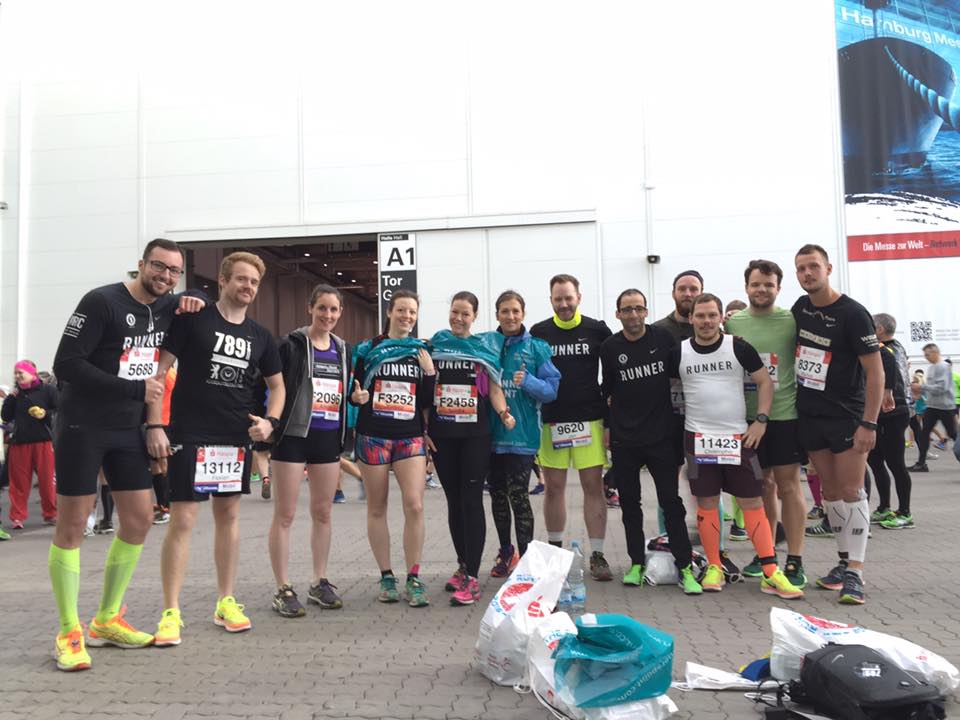 At 9am the gun went, balloons were released and I was ready to roll! I got off to a slow start, frustrated in the first few KMs by having to weave my way through so many runners and by the fact that I’d failed to start my watch properly. But I soon found a rhythm and quickly went past the 3:45 pacers.

The course was rolling, and with each incline I was able to pick off more runners. Soon far off in the distance I saw some more balloons. Could they be the 3:30 markers, I wondered. They were a long way off though, and I wasn’t sure I could catch them up to find out. Gradually though, I realized I was getting closer.

At around the 10km mark, there was a very long, gradual downhill towards the fish market and the riverside. I was still feeling fresh and decided to let my legs take me. I was flying! And I was definitely catching up with those balloons.

I kept going, cautious not to burn out too soon, but also feeling strong. Within a couple more km I found myself nestled right in behind the balloons, marking the 3:30 pace group. Though the temptation would be to sit with the group, I knew I was running faster and decided to push on past, hoping I wouldn’t come to regret it later.

A couple more kms went by and I was still feeling good, spurred on by the large crowds lining the streets in the Hafen City. I was however starting to need the toilet. Spying a portaloo after the next water station, I decided to make the stop – running with a full bladder is not comfortable. Annoyingly they were both occupied, so I lost a bit of time waiting. When I got back onto the course, I soon realized that I was having to re-overtake a lot of runners that I’d already gone past… including those 3:30 markers. Ack!

So yet again, I found my rhythm and set my sights on those balloons. Yet again, after a few more km I was able to overtake them. This time I was determined to stay ahead!

I soon reached the halfway mark and was still feeling good as I started the big loop around the Außenalster. Could I keep it up? I decided to stop thinking so much and just run – the kms went by more quickly that way!

Soon I found myself at the 35km mark and was definitely starting to tire, my legs burning, my feet stinging. Keep it going, I told myself, just keep it going. Soon enough I was back in the city, crowds cheering. Nearly there! Just keep it going!

Still picking off runners, I summoned the last of my energy. Especially when the course had a last hill to offer- a long drag at the 41km mark, which was just mean! Turning the corner though, I saw the TV Tower and knew I’d nearly done it.

The course flattened out and with the finish line in sight I put on a sprint, all those long track training sessions coming into play and still feeling surprisingly fresh. I stormed over the line, and straight to the beer tent. 3:28:44, it deserved a celebration! I’d done it! 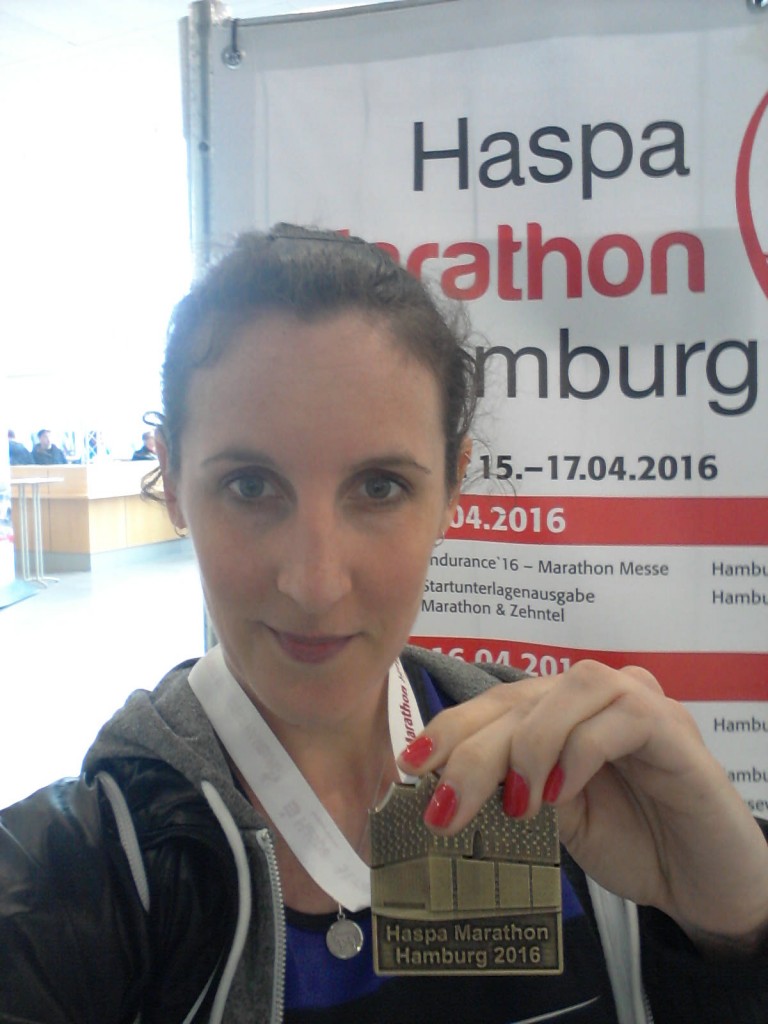